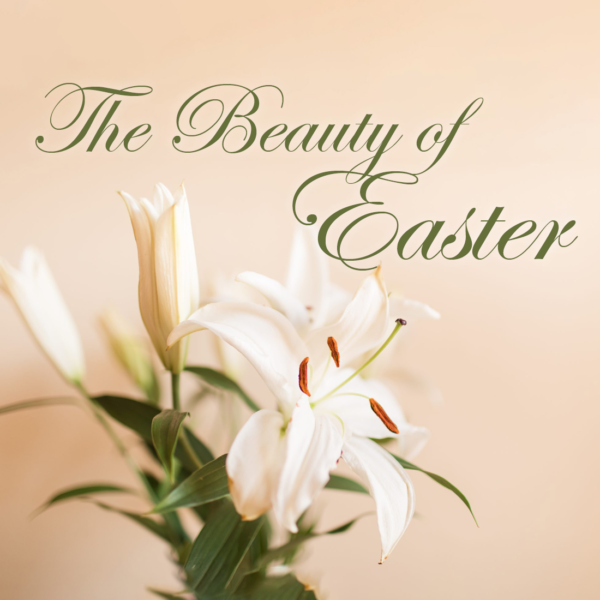 Now from the sixth hour until the ninth hour there was darkness over all the land. And about the ninth hour Jesus cried out with a loud voice, saying, “Eli, Eli, lama sabachthani?” that is, “My God, My God, why have You forsaken Me?”

Some of those who stood there, when they heard that, said, “This Man is calling for Elijah!” Immediately one of them ran and took a sponge, filled it with sour wine and put it on a reed, and offered it to Him to drink. The rest said, “Let Him alone; let us see if Elijah will come to save Him.”

And Jesus cried out again with a loud voice, and yielded up His spirit. Then, behold, the veil of the temple was torn in two from top to bottom; and the earth quaked, and the rocks were split, and the graves were opened; and many bodies of the saints who had fallen asleep were raised; and coming out of the graves after His resurrection, they went into the holy city and appeared to many.

So when the centurion and those with him, who were guarding Jesus, saw the earthquake and the things that had happened, they feared greatly, saying, “Truly this was the Son of God!”

And many women who followed Jesus from Galilee, ministering to Him, were there looking on from afar, among whom were Mary Magdalene, Mary the mother of James and Joses, and the mother of Zebedee’s sons.
Matthew 27:45-56

The first Easter was a unique day. Never in the history of the world had the Creator been subject to creation. When Jesus was crucified, He took sin upon Himself and made Himself subject to the author of sin, Satan. This was by Divine design, because if the powers of this world had known the plan of God, they would not have crucified the King of Glory. So powerful was the conviction of God surrounding the Lord’s death, that Pilate washed his hands of the matter. When a created being challenges the Creator, then the Creator must emerge victorious. Easter symbolizes the triumph of the Supreme God over the forces of evil.

Jesus cried out again with a loud voice, and yielded up His spirit. Then, behold, the veil of the temple was torn in two from top to bottom; and the earth quaked, and the rocks were split, and the graves were opened; and many bodies of the saints who had fallen asleep were raised; and coming out of the graves after His resurrection, they went into the holy city and appeared to many.
Matthew 27:50-53

On Friday there was disorder and chaos. On Sunday, there was another earthquake, but this one brought peace to the earth in a permanent form. One quake was a disruptive force, the other represented new life, greater life, and a return to the order that God ordained before the foundation of the earth. Just as the lily symbolizes beauty and life, Jesus’ resurrection symbolized the beauty He can bring to a life that is yielded to Him. On Friday, death was laid upon the Creator of Life. Death cannot hold life. Death was swallowed up in victory.

Jesus cried out again with a loud voice, and yielded up His spirit. Then, behold, the veil of the temple was torn in two from top to bottom; and the earth quaked, and the rocks were split, and the graves were opened; and many bodies of the saints who had fallen asleep were raised; and coming out of the graves after His resurrection, they went into the holy city and appeared to many.
Matthew 27:50-53

On Friday, when Jesus gave up the ghost, the graves of departed saints were opened. This had to happen to fulfill scripture. He gave His soul a ransom for many. I’ve seen some movie renditions of kidnappings. Whenever the ransom is going to be paid, the kidnapper sets up a place for the “drop.” If the persons paying the ransom are smart, they will demand that the kidnap victim be brought to the “drop spot.” The object is to grab the kidnap victim at the same time the drop is made, thereby securing the life of the ransomed. Well, this is what happened the minute Jesus died. The graves opened immediately, but the people were still inside their tombs. They too, were waiting for Sunday.

Now after the Sabbath, as the first day of the week began to dawn, Mary Magdalene and the other Mary came to see the tomb. And behold, there was a great earthquake; for an angel of the Lord descended from heaven, and came and rolled back the stone from the door, and sat on it. His countenance was like lightning, and his clothing as white as snow. And the guards shook for fear of him, and became like dead men.

But the angel answered and said to the women, “Do not be afraid, for I know that you seek Jesus who was crucified. He is not here; for He is risen, as He said. Come, see the place where the Lord lay.”
Matthew 28:1-6

Sunday begins with a bang… an earthquake to be exact. The angel of the Lord rolled the stone away. This earthquake symbolizes new life and resurrection power for all humanity. The angel is there to give the message of this new life to those who appear at the tomb that morning.

The message of Easter is that this will be a new beginning for all humanity. Those who are heavy laden and burdened by sin, defeat, sickness, and all forms of oppression, are now free because a great ransom has been paid for their souls. This ransom allows those who receive it to enjoy that feeling of the beauty of Easter.

It is the beauty of new life, forgiveness and freedom from the devil’s power.

“And go quickly and tell His disciples that He is risen from the dead, and indeed He is going before you into Galilee; there you will see Him. Behold, I have told you.”

So they went out quickly from the tomb with fear and great joy, and ran to bring His disciples word. And as they went to tell His disciples, behold, Jesus met them, saying, “Rejoice!” So they came and held Him by the feet and worshiped Him.
Matthew 28:7-9

On that first Easter Sunday, everything was clothed in the glory of the Lord. We have been celebrating that glory ever since. The new clothes, the worship, the feast that we share with family and other believers is a manifestation of that Holy event… the Son of God making His life available to all humanity.