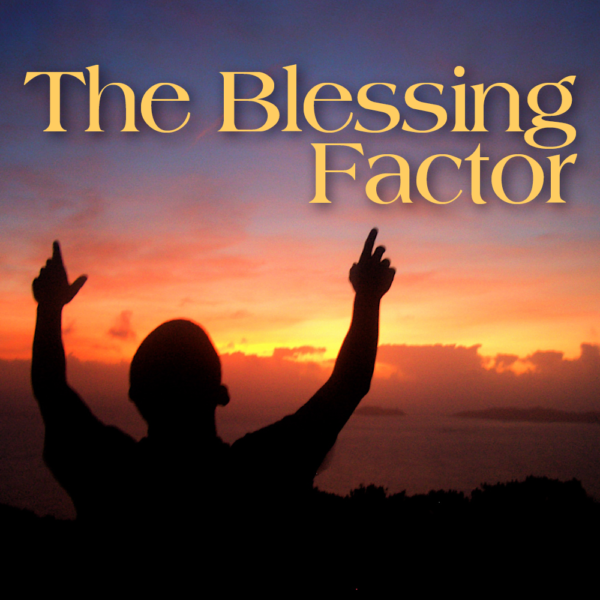 So they departed to a deserted place in the boat by themselves.But the multitudes saw them departing, and many knew Him and ran there on foot from all the cities. They arrived before them and came together to Him. And Jesus, when He came out, saw a great multitude and was moved with compassion for them, because they were like sheep not having a shepherd. So He began to teach them many things.
Mark 6:32-34

Jesus is trying to get away from the crowds for a while, but the people pursue the Master. All men seek for Him. Peter said this to Him once when he had followed Jesus to a solitary place (Mark 1:37). It must be the anointing that drew the people to Him. It was His essence and His presence that they sought after. It was His words that they loved. They always felt alive, hopeful and encouraged when Jesus spoke. So they followed Him, and when He saw the people, He had compassion on them, because they looked like lost sheep. He knew that they would be fed if He preached and taught them, so He did just that. Whenever Jesus sees us lost, He sends a word of comfort, understanding, or healing. He is the Savior and Lover of our souls.

If you are lost, take heart. Jesus is sending a word to you now. If you feel lonely and rejected, be encouraged, the Master is taking time out to send a word to meet your needs. If you have a material need, know that Jesus sees you and knows your need. Not only that, if you will pursue Him, the way these people did, and ask Him to meet whatever need you have, He will do just that. This is the blessing factor. It is something we sometimes overlook or forget, but it is real and can be activated at any time. How does the blessing factor work? It begins with the teaching and hearing of God’s word. The word planted inside a hungry heart is the beginning of the blessing. Being fed by God’s word is quite a blessing in itself, but there is much more to this blessing factor.

Rx: Luke 6:19 ~ The whole crowd were trying to touch Jesus with their hands, for power was going out from Him and He was healing them all.

When the day was now far spent, His disciples came to Him and said, “This is a deserted place, and already the hour is late. Send them away, that they may go into the surrounding country and villages and buy themselves bread; for they have nothing to eat.”
Mark 6:35-36

Now everybody has been fed spiritually by the Master. The disciples are watching their clocks, and decide that the meeting has gone too long already, and if Jesus doesn’t send the people home now, they will not have time to stop at the local Wendy’s for food. Even the drive thru at Taco Bell is closed by now. How will the people make it home? They have such a long way to go, and they have been at this meeting for many hours.

This is a dilemma.

All this time they have been obeying God, listening to the Word. They heard a powerful sermon about God’s goodness. Everybody was blessed and satisfied. Could it be that God has not made provision for this multitude? Could it be that people will say, “Don’t go to that Jesus meeting, girl, those people keep you tooooo long. Why I was there last week, and I left so late, I almost fainted on the way home. I’m never going to one of those meetings again. I know He preaches a powerful sermon, and yes, many people were healed, but I’m telling you…”

Jesus will never have His good evil spoken of. Besides, can’t the same God who provides precious spiritual food provide natural food, too? Does God not think of everything? Does He not make total provision? Doesn’t He know the end from the beginning? This is another aspect of the blessing factor. God is omnipotent, and has the power to meet every need present in a situation where He is in control. Perhaps the disciples should keep their ideas to themselves. Let’s allow the blessing factor to continue to operate.

But He answered and said to them, “You give them something to eat.”

And they said to Him, “Shall we go and buy two hundred denarii worth of bread and give them something to eat?”

But He said to them, “How many loaves do you have? Go and see.”

And when they found out they said, “Five, and two fish.”

Then He commanded them to make them all sit down in groups on the green grass.
Mark 6:37-39

Well, we’ve had some miracles already, why should we stop? Jesus tells His disciples to feed the people. This is a problem for them. They don’t think they have anything to feed the people with. This is a common thought with preachers, and believers, too. Whenever God tells us to do something, we look at OUR resources and abilities. If there is one thing I know about God, it is that whenever I have obeyed Him, I’ve brought very little that He can use into the situation. The most any of us brings is a mouth, hands, or feet. The rest, He supplies. We don’t serve a cheap or impotent God. This is another aspect of the blessing factor, God gets us to do the work, but He works in us, and supplies everything that is needed. God merely wants somebody who is obedient to His voice.

So when Jesus tells the disciples to feed the people, they check themselves for enough food to feed the people. Somebody asks if he should go to the 7-Eleven and get five thousand slurpees and nacho kits. Jesus asks what they already have on them, food-wise. They reply that they have five loaves and two fishes. Thank God, somebody brought a lunch. This is earthly substance that God can use to multiply. This is seed that can be sown by placing it into the Master’s hands. Jesus commands the disciples to have all the people sit down. This seems like a waste of time to the disciples; they would rather dismiss the people and not be responsible for meeting their every need. Jesus is not like this. He is concerned about everything that concerns us.

So they sat down in ranks, in hundreds and in fifties. And when He had taken the five loaves and the two fish, He looked up to heaven, blessed and broke the loaves, and gave them to His disciples to set before them; and the two fish He divided among them all.
Mark 6:40-41

Jesus has the people sit in rank and order. There will be no mob rule here. There is no desperation in God’s Kingdom. Think of the stampede that might occur if the people are not reassured that there is plenty for all. Jesus then begins to reenact the 23rd Psalm. “The Lord is my Shepherd, I shall not want.” This is declared as he gathers them as lost sheep. He then makes them to lie down in green pastures as He meets every need. He has already restored their souls with the teaching, and guess what? Their cups are about to run over, as he prepares a table for them in the presence of hunger and the threat of fainting. Because they have trusted Him this far, Jesus is willing to go all the way with them. Ahh, the blessing factor. God goes all the way with us. He goes beyond the extra mile, He does exceeding and abundantly above all we can ask or think.

Jesus prepares a banquet in the wilderness. He makes the people sit comfortably and He treats them as His honored guests. This is a picture of the marriage supper of the lamb. For those who keep His word, there is a banquet set for them throughout eternity.

So Jesus takes what they have (which is inadequate anyway) and offers it up to the Lord. He gives thanks for it first, then blesses it and breaks it and gives to his disciples. The blessing factor begins to shift into high gear. There is a relationship between thanksgiving and increase that we see throughout the bible. We are to give thanks in everything. In all situations, be thankful to God. When we give thanks, that is a form of praise, and God rules in man’s praise. When God is thanked because He is God, then He brings miracle working power or whatever we need from Him.

As Jesus begins to perform this miracle, He allows the disciples to get the anointing for miracles from Him. This is why he has them take the bread from Him, and then distribute it to the people. Once you labor in the anointing, you will know how to labor in it again when the time comes for the next miracle. Jesus not only feeds the multitude, but He teaches the disciples about the blessing factor. They will feed another multitude with the Master. Peter will later preach to another multitude of three thousand and the Holy Ghost will fall on them all. The blessing factor brings in the miracle working power of God, and it gets all over everybody.

So they all ate and were filled. And they took up twelve baskets full of fragments and of the fish. Now those who had eaten the loaves were about five thousand men.
Mark 6:42-44

So they all ate and were filled. The blessing factor leaves everybody satisfied. God will never move in such a way that all the people who are in line for a blessing are not blessed. He always moves in such a way that everybody is filled, blessed, and fulfilled. He never leaves a household half-saved. There is no such thing as some people are too far-gone that God cannot save them. Nobody is too bad for God. If He created them, He can save them.

I’ve heard people say such things as “God won’t cross human will,” as an excuse for believing that some people will never be saved. He won’t cross your unbelief, and that’s more likely the problem. When the blessing factor is involved there is ample provision for everybody in the situation to have their every need met. God never leaves a situation before everyone has every need met that needs to be met. What usually happens is that we limit Him to our meager abilities and our weak faith. We’re like the disciples. We can only see provision based on natural possessions. We need to see provision according to His riches in glory.